You are here: Home / Announcements / A pair of fan-favorite renewals 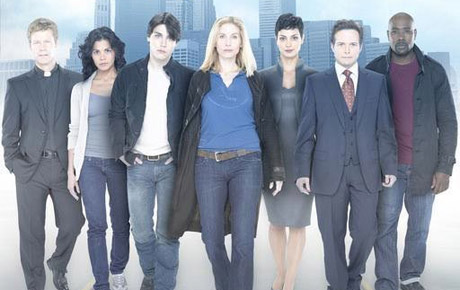 After the bloodbath of cancelations that just came down the pike at NBC and ABC, fans of genre television may be in need of some good news. So you’ll be happy to hear that two of the nets’ cult shows have beaten the odds.

First up, ABC has decided to renew V, thanks to an upswing in the show’s quality over the last few weeks. Though V‘s ratings have been comparable to the just-canceled FlashForward, insiders have been saying for weeks that only one of the alphabet net’s two scifi shows would make the cut for a second season. FlashForward has failed to crystalize a solid audience, despite a full 22-episode first season order, but V has increased its viewership in recent days, even though its first season is comprised of just 12 episodes. I’ve been impressed with V‘s improvements over the final five episodes of the season; the stakes have been raised emotionally for all of the show’s characters, and as a result, we viewers are more deeply invested in the developments.

NBC, meanwhile, has given a fourth season order to Chuck, aka the-little-spy-show-that-could. As fans know all too well, Chuck was canceled after its first two seasons only to be given an 11th hour order for a third season thanks to fan efforts. The show hasn’t sealed its fate as a stable part of NBC’s lineup, but it’s enjoyed a strong critical reception this season, and its fans remain exceedingly loyal.

Both shows have been given tentative 13-episode orders for their next seasons. If either show increases or solidifies its ratings this Fall, an additional order of 9 more episodes (totaling the standard 22) will likely follow.