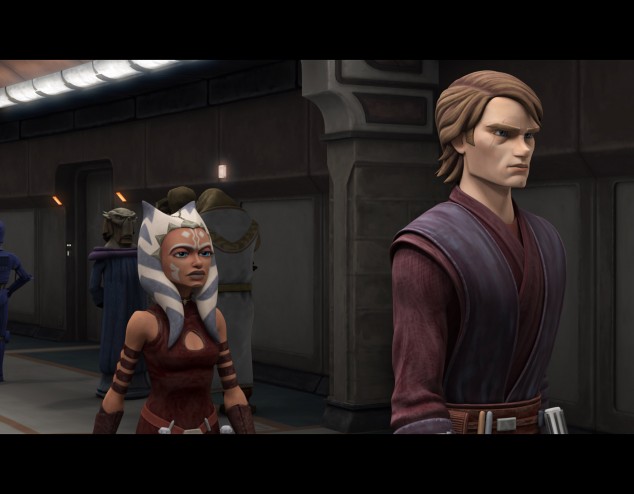 This week’s episode of Star Wars: The Clone Wars is a milestone in the series’ history, because it introduces brand new CGI character models for Anakin Skywalker, Obi-Wan Kenobi, and Ahsoka Tano.

Showrunner Dave Filoni explains that since the show is getting ever-closer to the events of Revenge of the Sith, it was time for the characters to reflect the changes they’ve gone through, to get them more in-line with what’s to come. As a result, Anakin and Obi-Wan both sport new clothes that more closely reflect where they are in Episode III. Ahsoka doesn’t appear in the films (leading most fans to assume she has a sad fate before the end of the Clone Wars) but Filoni decided to update her appearance as well, to show how much she’s grown, both in age and maturity as a Jedi.

Filoni says the new models are more expressive, and use newer tools of the trade. To this reporter’s eyes, they appear to be less angular than the old models, with softer edges. Below is a short clip that Lucasfilm Animation produced to introduce the new models.