You are here: Home / Announcements / Conan appearing on 60 Minutes 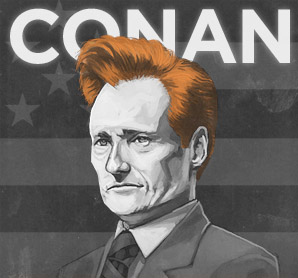 Mark your calendar, and set the Tivo: Conan O’Brien‘s first interview after being ousted as host of the Tonight Show is going to be for 60 Minutes, this Sunday night. CoCo was under contractual obligation not to give any interviews regarding his situation until after May 1, 2010 — and wouldn’t you know it, Sunday just happens to be May 1st.

Reportedly, O’Brien is still under contract not to disparage NBC or Jay Leno, who took back the Tonight Show from him, so expect him to find some clever and amusing ways of discussing the situation. The interview will also feature clips from his recent stage show, as well as discussing his new deal with TBS.