You are here: Home / Announcements / CW Offers Fans Chance to Be In Smallville Ep 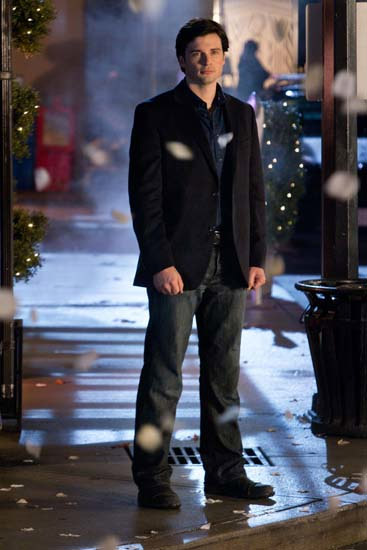 Smallville is looking for a little help from its fans, via the new “Believe in Heroes Challenge.” Fans can appear in an upcoming episode titled “Beacon” by filming an Internet video where ordinary citizens talk about what it means to be a hero.

In “Beacon,” Clark Kent finds himself at an emotional crossroads, with Metropolis divided by a clash between supporters of the Vigilante Registration Act and the VRA’s opposition, which is starting rallies to drum up support for heroes like Clark. To prove to him that he really is making a difference, Clark’s friends show him videos from the Internet, in which “ordinary citizens express what The Blur means to them, what it means to be a hero, and what it means to have heroes and believe in them.

The CW is asking fans to record these “ordinary citizen” videos, the best of which will be aired as part of the episode. Starting today (December 10th) and running through December 20th, Smallville fans can log on to cwtv.com/smallville and upload their own video testimonial.

Viewers who want to submit videos are asked to speak in character as impassioned citizens of Metropolis, fighting for the rights of heroes by expressing what The Blur means to them and why they believe in superheroes. The show’s producers will review each and every submission and select some of them to be used in the episode. Other favorites that can’t be used in the episode will be posted at cwtv.com after the episode airs on Friday, February 4th.