You are here: Home / Announcements / Firefly Returns (Sort of) 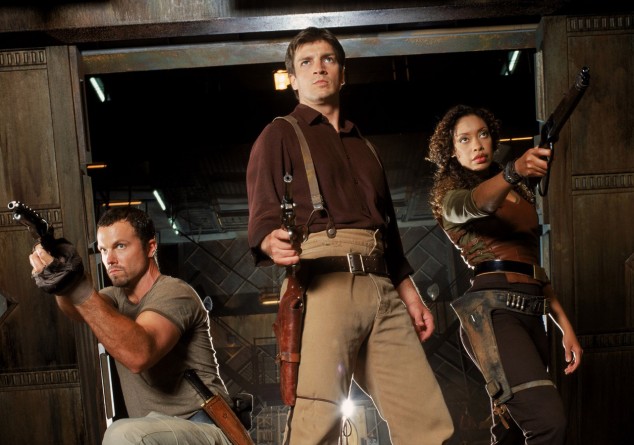 Joss Whedon’s iconic cult hit Firefly is returning to television screens, but don’t get too excited. A new network has acquired the rights to rerun the short-lived series for the first time in three years, and it’s one of the last channels you’d expect: The Science Channel. This marks the cable network’s first move away from documentaries into fiction.

Science Channel will re-air the series in high def beginning Sunday, March 6th at 8:pm. The two-hour pilot “Serenity” (not the same as the big-screen movie) will be shown first, followed by regular episodes every Sunday evening, and they’ll be broadcast in their proper sequential order — unlike the way Fox shuffled the episodes nonsensically during its original broadcast run.

The network will bookend each episode with brief segments starring Science Channel MVP Dr. Michio Kaku, who will add his own commentary to the events depicted in the show, focusing on the futuristic scientific theories depicted on the show.

Many of Firefly‘s actors have moved on to other TV projects in recent years. Nathan Fillion now stars as the title character on ABC’s Castle. Co-star Adam Baldwin is a regular on NBC’s Chuck. Morena Baccarin is the alien leader Anna on V. Summer Glau plays the mysterious Orwell on NBC’s superhero drama The Cape, though she’s had roles on nearly every genre show on television in recent years, including a starring role on Fox’s Terminator: The Sarah Connor Chronicles.