You are here: Home / Announcements / NBC officially picks up Undercovers 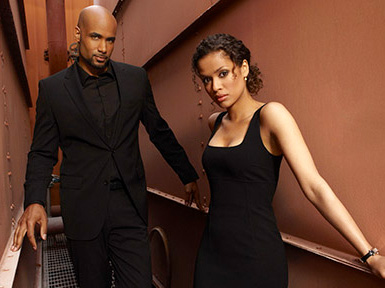 File this one under “in no way surprising, but still ‘Yay!’ worthy.”

J.J. Abrams, creator or co-creator of TV hits such as Lost, Alias, and Fringe, is about to unleash his next big hit. Undercovers has officially been given a greenlight for its first season on NBC — a network in serious need of the kind of mainstream/cult hit that Abrams is known for delivering.

Undercovers follows the adventures of a husband/wife spy duo, played by Boris Kodjoe and Gugu Mbatha-Raw (above), who are pulled back into service after retiring, and is described as a lighthearted, romantic, action-thriller. It’s already drawn comparisons to the movie Mr. & Mrs. Smith or Abrams’ own Alias, but Abrams promises that Undercovers only has surface similarities to either of those.

J.J. Abrams himself directed the pilot episode, which premieres this fall.