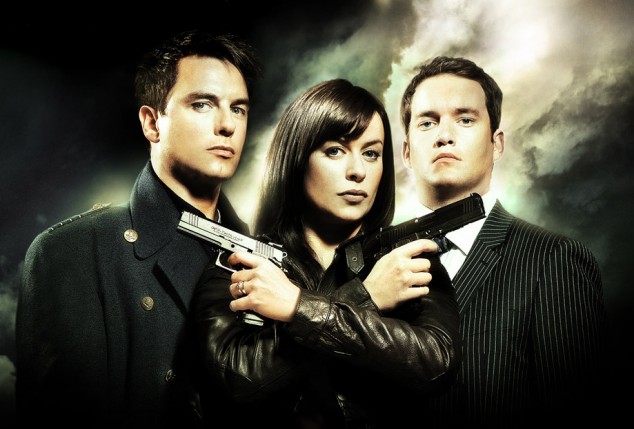 American movie star Bill Pullman and TV star Mekhi Phifer have signed on for the new “international” Season 4 of Torchwood, which is a co-production of BBC and Starz. They join remaining series stars John Barrowman and Eve Myles for the ten-episode fourth season, subtitled The New World.

Phifer will join the Torchwood team as CIA Agent Rex Matheson, who’s described as “a fast-tracked high-flyer with a lethal sense of humor who starts to feel his mortality when his life is put in danger.” Phifer is best known for stints on Lie to Me and ER.

Pullman will star as Oswald Jones, “a dangerously clever convicted murderer who escapes a life sentence on a technicality and becomes a media sensation. Genuinely repentant yet boiling with lust and rage, Oswald gets caught up in a terrifying world crisis.”