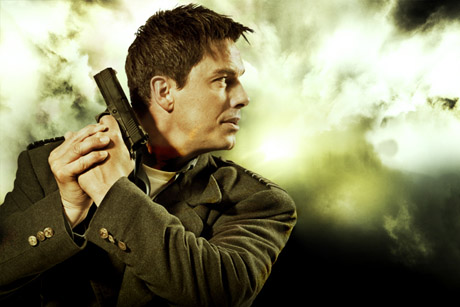 Starz just keeps ordering new shows. Their latest is one you may have heard of.

The fourth season of Torchwood, the hot BBC spinoff of Doctor Who, is coming exclusively to Starz next summer. The ten-episode season will be a co-production between Starz, BBC Cymru Wales, and BBC Worldwide. BBC One will debut the third season in the U.K. at the same time.

Stars John Barrowman and Eve Myles will return, but with a new supporting cast. The show will take on a more international scope as well, venturing outside of Great Britain for adventures all over the world.

Torchwood is a dark science fiction thriller that focuses on a branch of the fictional Torchwood Institute that’s devoted to fending off extraterrestrial threats to Earth. It was created by Russell T. Davies, the man responsible for the 2005 revival of Doctor Who. (Davies has since moved on from Doctor Who, but remains the showrunner behind Torchwood.)