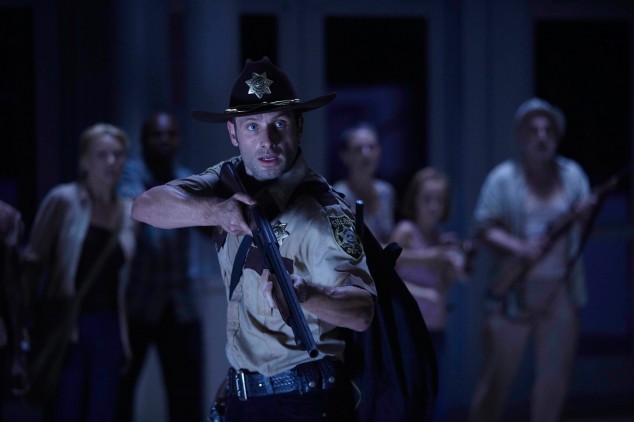 The Walking Dead has let go of its entire writing staff, per what sounds like Frank Darabont’s personal instructions. Darabont, who’s best known as the writer/director of movies like The Shawshank Redemption and The Green Mile, is the primary creative force behind bringing The Walking Dead to the small screen, where he serves as producer, head writer, and occasional director.

According to Deadline, Darabont’s plan for Season Two of the show is to not use an on-staff group of writers, but instead to hand out assignments to freelance writers. The Walking Dead would not be the first show to use this method; many British shows are known to do the same, including the upcoming BBC/Starz coproduction of Torchwood.

If this is Darabont’s plan for the show’s second season, it could be problematic for the Writers Guild of America, which is known to be fiercely protective of its members’ treatment and wages. Is this the first hint of a paradigm shift for how TV screenwriting works? Only time will tell.

In related news, The Hollywood Reporter says that the first season of The Walking Dead will arrive on DVD and Blu-ray sometime next Spring. The first season finale premieres this Sunday, December 5th.