You are here: Home / Networks / ABC Family / Chloe King runs out of lives 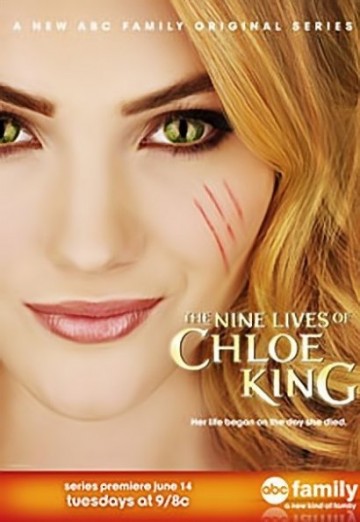 The Nine Live of Chloe King was recently reported to have been axed by ABC Family as it failed to deliver the kind of ratings the network was expecting from the series.

The series, which was based on the popular young adult novels written by Liz Braswell involving the aforementioned Chloe King, who discovers she has cat-like powers and that she is actually a warrior involved in a battle between human beings and an ancient race of beings.

The Nine Lives of Chloe King had an impressive debut, racking up more than two million viewers for the first episode. The relatively strong showing could be attributed to the fact that the novels had a strong following. But show wasn’t able to successfully hold on to its viewers. By the time the finale episode was aired the show was only being viewed by one million viewers – compare it to one of ABC Family’s top new series Switched at Birth, which was already drawing an average of three million viewers every episode.

But while The Nine Lives of Chloe King got axed, another series in the ABC Family roster was given a new lease on life. The Lying Game, which is also based on another young adult novel series, was asked for another order of 12 episodes, to extend the previous 10-episode order to 22. The show is not showing a strong performance ratings wise as well, as it only gets 1.3 million viewers per episode. So it’s kind of a strange move that while Chloe King was cancelled, The Lying Game was renewed.