You are here: Home / Cancellations / Starz cancels Party Down 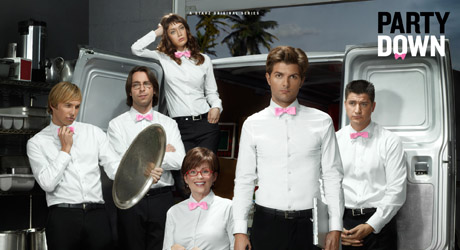 Party Down has been canceled after just two seasons. The show, which airs on Starz, is a critical darling, but its lagging ratings barely qualify it for “cult favorite” status. It simply never caught on, and Starz’ executive vice president of programming, Stephan Shelanski, tells EW.com that Starz has “after careful consideration… decided not to continue with subsequent seasons of Party Down.”

In related news, the even lower-rated Gravity has also been canceled by the pay cable network.