You are here: Home / Glee / Can’t Wait for Glee 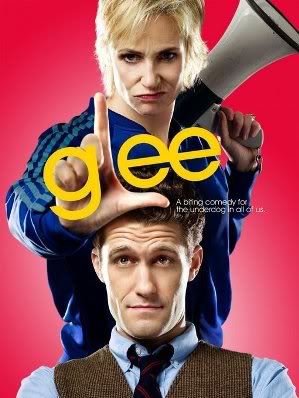 Glee’s fans sure are sure to have the blues at least until November 11 arrives bringing with it the show’s latest episode. So what can we expect when Glee returns?

For one, we can be sure that there’ll be a new director. Ryan Murphy may be a great writer but even he knows that he isn’t the one who’ll take it to the next level as a director. For that Twentieth Century Fox asked Joss Whedon to direct Glee. Whedon, already a fan of Glee himself, is said to have readily agreed to do the job and only had reservations regarding scheduling. Ryan Murphy is also really happy about the arrangement and is even quoted to have said, “Joss directed one of the great musical episodes in the history of television on ‘Buffy so this is a great, if unexpected, fit. I’m thrilled he’ll be loaning us his fantastic groundbreaking talent.” As a fan of Joss Whedon…I have to agree.

Other things we can look forward to would be developments in Finn and Rachel’s romance. According to Jenna Ushkowitz (Tina), “All I can say is Finn definitely has some major decisions to make, and Finn and Quinn aren’t exactly on the best of terms. So you may see some more of that [referring to Rachel and Quinn].” Of course if you are into the possible Puck-Rachel tandem you don’t want this to pan out. However, it seems to be what will happen especially since Puck and Quinn will be getting closer again. Read Kristin Dos Santos spoilers for more on this.

Kevin McHale (Artie) also reveals that he won’t be the only one on a wheelchair on upcoming episodes. In fact he says that “everyone gets in wheelchairs at some point.”

As for the other cast members who so far have been relegated relatively minor roles we’ll just have to wait and see if they’ll be given more exposure and better personal storylines.