You are here: Home / Glee / HELL-O! The Gleeks are Back 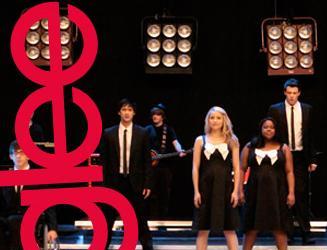 Glee is back and their premier episode sure was a blast. Glee sure made us wait for quite a while before they came back but it was worth it.

The first few minutes was a little flat for me but considering that it was a recap then I guess it was a recap of the past season then it was just ok. For me the episode really took off when Rachel sang her angry “HELL(o)” song for Finn. Finn did a good job with his solo prior to that as well but it just didn’t have the oomph. The song that stood out in this episode was Rachel and Jesse St James, Vocal Adrenaline’s soloist, rendition of Lionel Ritchie’s “Hello”. It was absolutely beautiful. Can’t wait for the next time they do a duet.

As for the storyline itself here’s a quick recap:

Sue’s back as the Cheerios coach thanks to her blackmailing skills. She has the two not-so-smart cheerleaders helping her out with the evil schemes. Mr Schuster locked lips with Emma as well as Vocal Arenaline’s coach. Guess he does need time to find himself. I for one am still rooting for his crazy wife. Rachel and Finn are out and Rachel’s new bf is the enemy (by the end it looks like he has an ulterior motive after all). Finn got all confused but now wants Rachel back.

The other stories (including Quinn and Puck’s) wasn’t really touched on this episode but we’ll surely see more of that the coming weeks. As for now I’m just pretty happy that Glee is back and that it’s now just another week away before my next Glee fix.