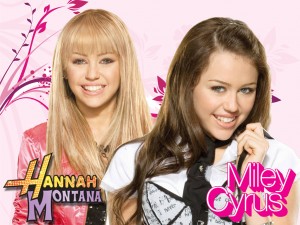 Disney has confirmed last Firday that “Hannah Montana” will be airing its last season on 2011. Whether this is Miley’s call or purely Disney’s decision is still open to speculation.

What we do know though is that coinciding with Hannah Montana’s soul searching phase (this season’s finale is said to be titled “Is Miley Saying Goodbye?”), Miley Cyrus is also openly saying that she is personally trying to figure out who she really is. In an article by Jocelyn Vena of MTV Miley said that she wants to do edgier movies as well as record a new album. According to Miley, “I’m doing a record now that’s another pop record, and then I want to come out with an album that’s really who I am. I don’t know exactly who that is yet.”

All I can say about this is that anyone who has anything bad to say about anyone’s efforts to try to figure things out it stupid. So more power to Miley on that.

However, with the track record of Disney’s past big stars and the recent sensationalized tidbits on Miley that has been circulating the past year I can only hope for her that the “Miley Cyrus” that she ends up wanting to be is worth becoming a real model for her present fans. I guess someone should tell her that it really isn’t finding out who you are but striving to be who you want be.

As for “Hannah Montana” her future is a lot more certain. Whether she ends up choosing her rockstar persona or just being Miley, we can be sure that Disney’ll maintain her squeaky clean character.