You are here: Home / Heroes / Heroes likely to get one last season 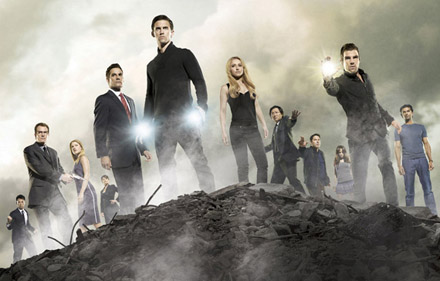 Ah, Heroes. You started with such promise. That first season was truly stellar, but it bungled its ending and never quite recovered. I’ve always tried to root for you, but you make it so frickin’ hard. Fans will point to different “Volumes” of the show that they enjoyed (I thought Volume 4, “Fugitives,” was the series’ best), but everyone agrees that the show has been scattershot, hit & miss after that first season. The problem, methinks, stems from the fact that Heroes filled with superpowered characters who aren’t all that interested in doing heroic things. I’m all for realistic human drama, but even Peter Parker — the most “everyman” superhero there is — strives to use his powers to help with evils and crimes bigger than what effects just him.

As always, Season 4 (but Volume 5 — don’t ask) ended with a cliffhanger meant to lead into the next Volume of the show, but the smart money has been saying all year that a 5th season was highly unlikely. Until now.

A new rumor has surfaced that suggests NBC may give Heroes a final season of just 13 episodes, which it can use to tie up all its dangling plot threads. Nothing’s guaranteed at this point of course, but it’s the first ray of hope the show has had since the end of Season 4 a few months ago.

Heroes may not be a huge ratings hit, but it does well internationally and commands a brand recognition that NBC is in desperate need of. The peacock has been circling the bottom of the ratings heap for several years now, and anything that brings in consistent ratings (even unimpressive ones) and has rabidly loyal fans, can only be beneficial to the network’s cache.