You are here: Home / Cancellations / The axe falls at NBC & ABC 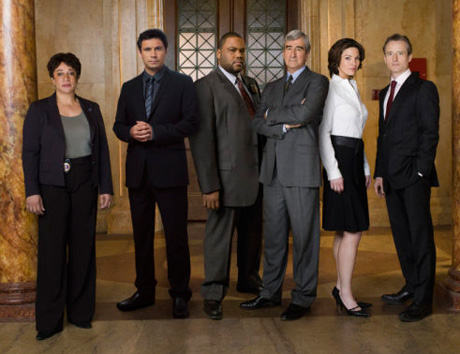 It looks as though NBC’s celebrated, 20-year-old series, Law & Order, is coming to an end. Despite indications earlier this year that the show would go on to a record-breaking 21st season, negotiations have fallen apart for next season and NBC is reportedly on the verge of dropping the show altogether. Law & Order has, for years, trailed behind its spinoff, L&O: Special Victims Unit, in the ratings. (SVU is in no danger of being canceled.) Meanwhile, the latest spinoff for the franchise, Law & Order: Los Angeles, is still set to premiere this fall.

It also looks likely that NBC’s Heroes won’t be getting a fifth season. The show has struggled in the ratings for years, but it’s held on despite storylines that have wavered between ridiculous and so-so. But NBC is not blind to the show’s dogged fans, who still hope for some kind of proper ending, and are considering giving Heroes a 2 or 4 hour wrap-up movie/miniseries at some point next season.

Meanwhile, over at ABC, a number of high-profile shows have gotten the axe, including FlashForward (which the network once hoped might become the next Lost), the long-running Scrubs (which jumped networks from NBC not too long ago), Better Off Ted (which is universally loved by critics, but has too few viewers), and Romantically Challenged.