You are here: Home / House / “Kumar” Dying to Work at the White House: He Got his Wish! 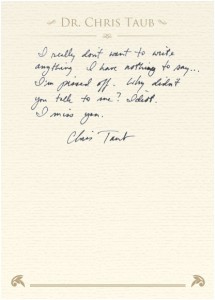 Actor Kal Penn, best known for his role Kumar in “Harold and Kumar” movies is movie from House to White House. The TV series had to find a way to say goodbye Kal Penn’s character Kutner fast when he decided to accept the offer to work in the White House. The writer and producers of House figured out a pretty memorable way to do it by having Kutner commit suicide.

Kutners suicide was a shock to his House co-workers although Dr House, being who he is, tried hard to not be , or at least show that, he was affected by the whole event. Kutner’s body was found early in the episode with the whole show focusing not on drama, which remains unknown, but on the reality of suicide. Though a very sensitive topic that is very hard to portray House managed to show the real pain suicide brings, both to the one who commits is (at least before he actually dies) and the people left behind, no matter how little or much they seem to care for you while you still lived.

In real life though Kal Penn is very happy and does not plan on inflicting such pain to loved ones and is in fact looking forward to his career shift in government. According to Penn his official position would be associate director in the White House office of public liaison. His decision does not reflect his sentiments for the show because as he says, “I’m having an incredible time, but there’s something aching in me to do something completely different and take a break from the acting thing for a while.” So he hasn’t said good bye to acting for good and with the salary he be getting for his new job hopefully we’ll see him back a few years down the road for a stint or two when he decides he needs to fatten up his bank account again.