You are here: Home / In Development / Battlestar Galactica: Blood and Chrome Concept Art

Syfy’s Blastr.com has posted the very first concept art from Battlestar Galactica: Blood and Chrome, which is currently in development for the network. The four pieces of art — by illustrator Peter Rubin — show some truly tantalizing scenes that depict just how action-packed this series will be.

There’s a shot of an older-model Raptor tearing through Galactica‘s hangar bay, which itself is being blasted to bits. Love the “teeth” on the Raptor! 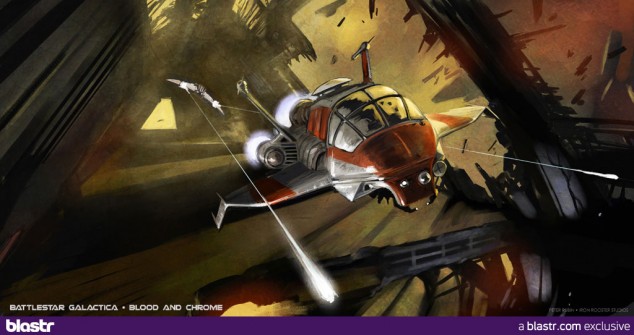 Another image depicts a mechanical Cylon that’s taken on the shape of a human female, with just a few hints of skin on its exoskeleton. The female Cylon is standing in a rather Six-like pose, don’t you think? 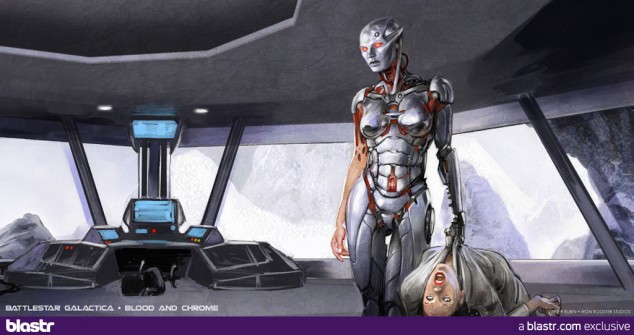 This particularly intriguing illustration shows a snowy battlescape with a Dune-ish giant snake on the attack, which Blastr says is called a “Cython.” 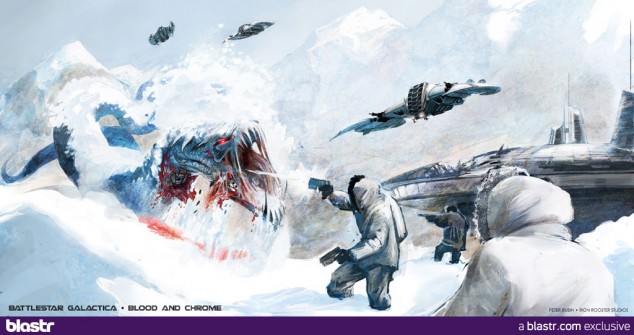 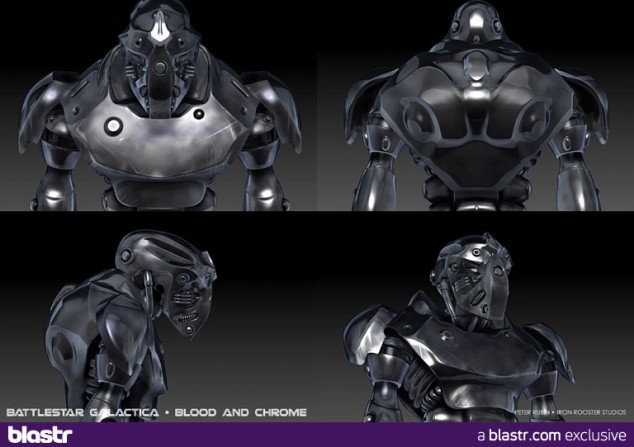 I haven’t been terribly excited about this Galactica spinoff… until now. If the show can actually be made at this level of production values, while taking us deeper into the history of the Cylon/Human war… then okay, I’m in.