You are here: Home / In Development / Bourne Spin-Off Coming from CSI Creator 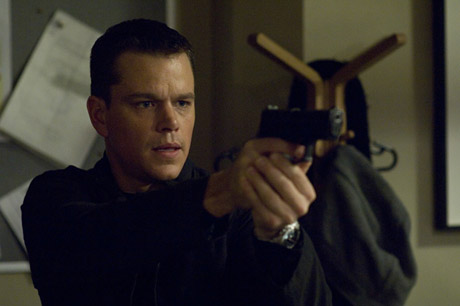 Viewers of the Bourne films — or the Robert Ludlum novels upon which they’re based — remember Treadstone as the black-ops wetwork unit that just won’t leave Jason Bourne alone. Treadstone was depicted as a rather ruthless organization that brainwashed and programmed their operatives to be precision instruments at dealing death. Zuiker’s hour-long drama is said to put the focus on the work of this clandestine agency, presumably pitting the team that works there as its protagonists, not its villains.

Screenwriter John Glenn is writing Treadstone‘s script and will executive produce the series alongside Zuiker. The show has not yet been greenlit by CBS, though CBS has a first-look agreement with Zuiker and has committed to funding a pilot script.

Should it go to air, it ought to be interesting to see if audiences will buy into a series set in Jason Bourne’s world, but without Bourne himself appearing in it.