You are here: Home / In Development / Cameron’s ‘True Lies’ Heading for ABC 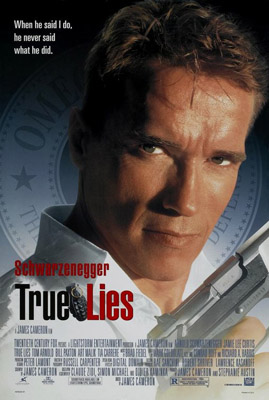 ABC has picked up the TV adaptation of James Cameron’s True Lies, which I told you about last week. Should NBC’s Undercovers receive a second season, there will be two shows on TV featuring husband-and-wife-spies, going head to head.

Now the question becomes: who will be the new Harry & Helen Tasker? They were played by Arnold Schwarzenegger and Jamie Lee Curtis in the movie; what hot young stars of today could fill those shoes?