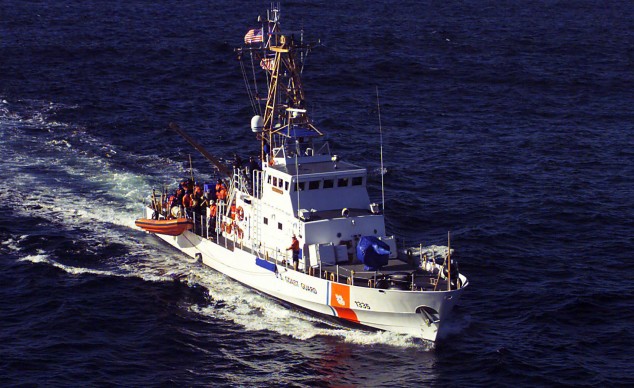 Ron Moore, the man primarily responsible for the critically-acclaimed reimagining of Battlestar Galactica for Syfy, has had a very busy pilot season. He’s already sold District 17 to NBC (described as “an adult Harry Potter” world of wizardry), and is working on a reimagined Wild, Wild West for CBS (just announced: Moore is working alongside Deep Space Nine pal and CSI showrunner Naren Shankar on West).

Now comes the news that Moore has pitched an action-adventure series to NBC called The McCulloch, which the peacock network has picked up. The show will follow the crew of a fictional Coast Guard ship of the same name as they traverse the world’s oceans. It’s unknown if the show will attempt to film at sea or use green screen.

The McCulloch sounds pretty different than Moore’s usual genre-heavy fare, with no known elements of science fiction or fantasy. But given Battlestar Galactica‘s military vessel-like setting, it’s not a huge stretch to think of Moore setting a show on a sea vessel.