You are here: Home / In Development / Ethan Hawke Wants to be the New Jack Bauer 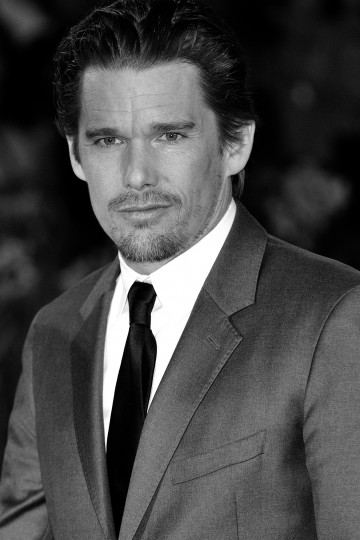 Movie star Ethan Hawke and his emotive eyebrows are considering moving to the small screen in his first series starring role. The project is called Exit Strategy, and it finds Hawke leading a team of CIA experts who are regularly sent in when field ops (like deep cover assignments) go bad, to extract the agents-in-danger. This “high octane procedural” will take on a new crisis in a different country each week, and my allusion to 24 in this post’s title is no accident; Fox is planning Exit Strategy as a successor to Kiefer Sutherland’s late great action series.

Exit Strategy has a pilot script order from Fox with a pilot order almost a lock, thanks to Hawke’s all-but-a-done-deal involvement. The actor would also be a producer on the show. David Guggenheim wrote the script, which is being produced by Alex Kurtzman and Robert Orci’s TV studio K.O. Paper Products. K.O. is also responsible for this season’s Hawaii Five-O reboot, and has Locke & Key in the works for next year. K.O. and Fox reportedly have several A-list directors interested in helming the pilot.

I like the idea of a sophisticated, new high-profile action series now that 24 is gone, but Exit Strategy sounds like a bird of a very different flavor. Kurtzman and Orci’s involvement gives me hope for some great mythology elements, but the fact that it’s described as a “procedural” means it likely won’t have any ongoing storylines. Color me curious.