You are here: Home / In Development / Galactica’s New Adama 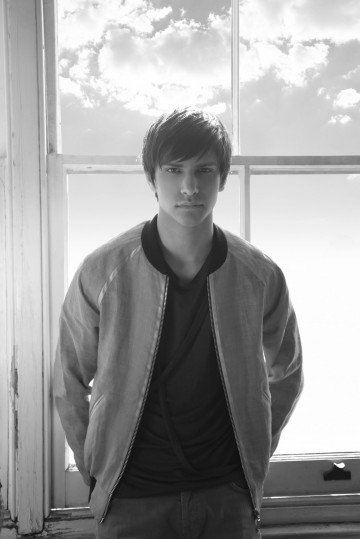 Now that Caprica has gone (sniff, sniff) to make way for a different spinoff of the flagship show, titled Battlestar Galactica: Blood & Chrome, is ramping up for the start of production. Like the first two Galactica-related shows on Syfy, this one also follows the story of both the Cylons’ struggle against the 12 Colonies, as well as zeroing in on the life of William Adama.

Memorably played by Edward James Olmos in Battlestar Galactica, the character was also introduced briefly as a young child at the end of prequel Caprica (after we spent some time getting to know his dad, Joseph). British actor Luke Pasqualino (picturedhas been cast as 20-something William Adama for Blood & Chrome, where the character is fresh out of the Academy and assigned as a rookie fighter pilot to — what else? — the Galactica.

Pasqualino is primarily known for his starring role on the U.K. version of Skins (you know, that racy MTV soap that everyone’s up in arms about). Also just cast for the new show: character actor Ben Cotton as Adama’s superior officer Coker. The two men fly together on a dilapidated Raptor and butt heads at first, but eventually forge a bond during a routine mission gone awry. Industry insiders familiar with the pilot’s script suggest that it pits the young Adama in a “cocky pilot” role with some similarities to Kara “Starbuck” Thrace.

Battlestar Galactica: Blood & Chrome is picks up during the tenth year of the first war against the Cylons. The show’s first season is expected to debut in early 2012.