You are here: Home / In Development / Marvel Readies Properties for TV, Including New ‘Hulk’ 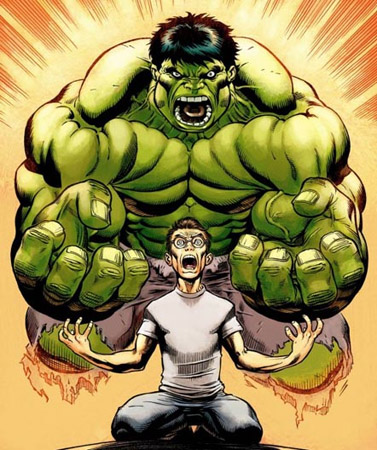 The old Incredible Hulk series starring Bill Bixby and Lou Ferrigno is arguably Marvel’s most successful and most respected foray into live-action TV. So it should come as no surprise that now that Marvel has created its own TV division, Marvel Television, that the House of Ideas sees a new Hulk series as its key first property.

The original Hulk series aired on CBS, but since Marvel is now wholly owned by Disney, naturally they’re utilizing some synergy with the mouse’s very own network, ABC. Comic book scribe and former producer on such series as Lost and Heroes, Jeph Loeb, is heading up Marvel Television, and is currently on the hunt for a showrunner for ABC’s new Hulk. Another major property on his to-do list is Cloak & Dagger for ABC Family, about two runaways who team up after they’re injected with a powerful drug that gives them superpowers. In the comics, they’ve spent the majority of their crime-fighting days waging war on illegal drugs and those who traffic them.

The Hulk will also be hitting the big screen soon in Marvel’s big superhero team-up  film, The Avengers, which is being written and directed by genre icon Joss Whedon. Mark Ruffalo is taking over the film role from Edward Norton, but it’s unknown if the TV show will have any connection to the movies. (I’ll watch it — as long as they do the Planet Hulk storyline at some point.)

Other Marvel properties being considered for live-action TV series include Heroes for Hire, The Eternals, Agents of Atlas, Alter Ego (based on the Alias comic book by Brian Michael Bendis, a TV series about which Bendis has been trying to get off the ground for years, so very interesting that it’s now landed back in Marvel’s hands), Moon Knight, The Hood, Ka-Zar, Daughters of the Dragon, and The Punisher (presumably for a pay cable network, which would let the show go all out with adult content).