You are here: Home / In Development / Wonder Woman Lives at NBC 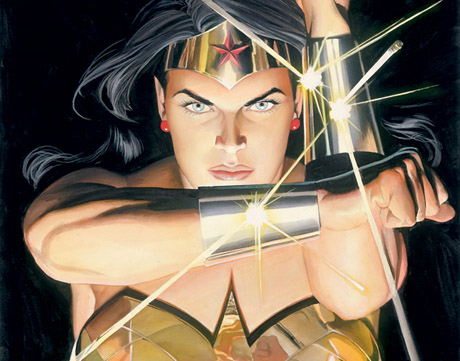 Having barely just reported that David E. Kelley’s new take on Wonder Woman was dead in the water, today there’s news of a dramatic reversal. NBC, who was most interested in the project but couldn’t make any commitments due to executive shuffling, has settled its issues with the assignment of new studio head Bob Greenblatt.

One of Greenblatt’s first official acts was to give Wonder Woman a pilot order. Kelley’s interpretation of the character sounds as if it will root her in the real world rather than the supernatural one she inhabits in the comics. No mention is made in the synopsis of Kelley’s pilot script of Wonder Woman’s Amazonian warrior origins. Instead, Kelley has reinvented Diana Prince (as she’s known out of costume) as a nighttime vigilante crime fighter in Los Angeles. During the day, she’s “a successful corporate executive and modern woman.” (A lawyer, perhaps? That’s what Kelley’s known for, after all.)

What do you think of David E. Kelley’s new version of this iconic character? His script, which calls for a lavish, big-budget production, is getting positive buzz around Hollywood, so I’m hopeful that we might see something cool when Wonder Woman debuts.