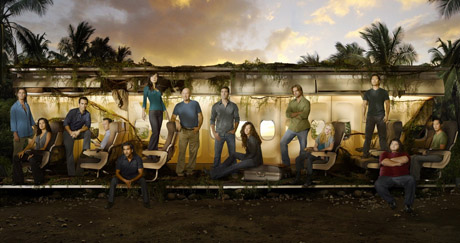 Lost (my favorite show) ends on May 23rd, but ABC is planning to celebrate the conclusion of this landmark series with an entire week of Lost programming.

The next-to-last episode, entitled “What They Died For,” airs on Tuesday night, May 18th. Then, on Saturday night the 22nd at 8:pm, ABC will re-air the two-hour pilot episode, which first aired in 2004. The pilot was directed by J.J. Abrams (his only directing work on the show) and cost a record-breaking $10 million to shoot.

Then the finale kicks into high gear on Sunday night. A two-hour recap show airs at 7, followed by the two-hour finale episode itself, which is appropriately titled “The End.” Following local news at 11, a special edition of Jimmy Kimmel Live will air featuring the entire cast and crew of Lost, intended to shut the door on the series once and for all.

But before all this TV stuff comes to an end, there’s even more. Los Angeles residents are in for a special treat on Thursday, May 13th, when “LOST LIVE: The Final Celebration” takes place at UCLA’s Royce Hall. The event, which is expected to include appearances by the show’s creators, as well as cast members Nestor Carbonell (Richard Alpert), Michael Emerson (Benjamin Linus), and Jorge Garcia (Hugo “Hurley” Reyes), will feature a full orchestra conducted by composer Michael Giacchino, who has written all of the music featured on Lost. Following the concert, the penultimate episode (“What They Died For”) will be screened.