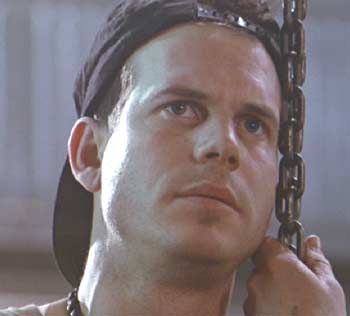 HBO has never failed to produce awesome TV series let alone those Emmy Award winning entries and nominations that undoubtedly have kept their audiences hanging by the edge of their seats for each and every succeeding episode. Most recently, HBO swept the Emmies with The Pacific. A companion piece to another much awarded series from nine years ago, Band of Brothers.

Both mini-series tell of a specific company of troopers and their endless agonizing days of war seemingly compared to being hell on earth. Band of Brothers focused on a company of paratroopers from the 101st Airborne Division and how they survived each significant historical battle from D Day to Germany, Holland and Belgium. From the time Band of Brothers aired on HBO, war veterans in the Pacific and even the loved ones of fallen soldiers banged on the doors of producers Steven Spielberg and Tom Hanks to tell of what happened on the other side of the world. Both mini series proved to be well worth the costs it took to produce them with Band of Brothers pegging at 120million dollars and The Pacific rolling in with production costs of 200 million dollars. One can never look at war in just one big picture. It is in these mini-series that we come to realize the real stories of war from the perspective of small companies of fighters that have braved each battle field.

Looking at a different page on HBO’s list of award winning series, Big Love has definitely stirred many minds about its plot. The controversy of Polygamy centered on the life of a fictional fundamentalist Mormon family in Utah. It took 3 years of research to create a fair portrayal of polygamy in America since it still lurks in the shadows even after the state took over one of the most prolific polygamist community in the US. The Fundamentalist Church of Jesus Christ of Latter-day Saint ( FLDS) ceased to be in 2005 even though it is the legitimate successor of The Church of Jesus Christ of Latter Day Saints.

Big Love stars Bill Paxton who makes an interesting character of a man with 3 wives with whom he managed to agree to live right next to each other ,each wife and respective children are expected to dine in one table as one big loving family. However disturbing the premise of the story is, it opens the viewers mind to different ways to love and how big a word it can be. As much as the producers aim to widen the viewers perspective, LDS Church thinks the series shows preoccupation with sex, coarse humour and foul language. Errr…. what show on TV does not in any way shape size or form depict all of the above.? Was it because the show had an episode where Bill Paxton’s character fell ill due to his abuse with Viagra to keep up with his 3 wives ? Would you blame him though? Ha! Clearly, the show touches on many real issues in life and in love. Sadly enough, many are still too prude to deal with it in real time.