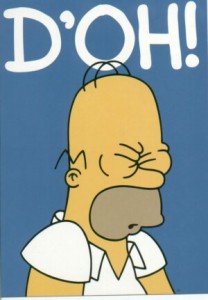 The latest news about the Simpsons makes for great trivia because it is now the longest prime-time series in US TV history. Right now the record actually belongs to Gunsmoke, a CBS western series that ran for 20 years with its final season shown in 1975. The Simpsons is now on its 20th season as well but will surpass the record when the 21st season airs this fall. Since Fox has commissioned to more seasons the Simpsons will actually at least till its 22nd season.

The Simpsons debuted January 14th of 1990 and since then has received numerous awards and nominations. Some of its awards include 24 Emmy Awards, a Peabody Award, 23 Annie Awards, 4 Genesis Awards, 9 International monitor awards, and even 7 Environmental Awards. It also holds the Guinness Record for having the “most number of guest stars featured” in a tv series.

As for those who grew up with the Simpsons the good news isn’t all the past rewards but the fact that we’ll at least get to see 2 more new seasons without having to solely rely on reruns just yet.