You are here: Home / TV Series / Reality Shows / America’s Next Top Model All Under 5’7” 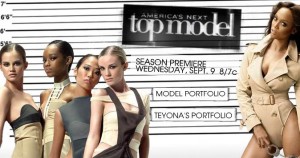 America’s Next Top Model Season 13 contestants won’t be topping all the other supermodels, at least in terms of height.

We have seen the plus size models in ANTM but “shorter” girls are still a very rare sight in the modelling business. This season we can expect to see more petite models with the ANTM’s contestants all being 5’7” and under. Everything else about the show stays the same – Tyra, the judges, the various challenges, and undoubtedly the drama. The only thing that’s really novel is the contestant’s height.

This is really exciting for the model-wannabes who never thought they’d get the chance to be supermodels simply because of their height. As Brittany Markert, one of this season’s contestants said, “Hopefully, this will impact the fashion industry. I’ve always wondered where this stigma that women 5-9 and above are more godlike than shorter women came from.” In a way I also think this season might be something “real people”will be able to relate more to, at least in terms of fashion, since models will be closer to ordinary girls’ heights, making what they wear more wearable for mere mortals. So despite the seemingly small tweak in the show’s rules , the repercussions are pretty big, at least for petite girls worldwide. What we have yet to see though if this trend will catch or if it will die down when this season ends.