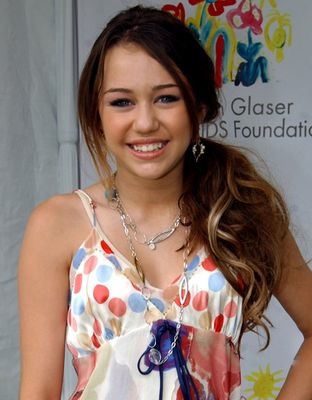 Last night’s AI episode showcased past #1 hits from the Billboard charts. With so many songs to choose from it wasn’t surprising that some of the contestants were able to pick really really great songs for them to sing (i.e. Aaron, Katie and Crystal). The crazy thing was that with all that song choice a lot of them actually picked mediocre and even sucky ones. Anyway here’s my take on last night’s show.

Miley Cyrus – It was great to see someone that young “mentoring” the contestants. She did give good advice (we can even probably credit her for getting Crystal to take a bigger risk) and surprised me by seeming to be more better than I initially gave her credit for. It was funny to see her though because at first she seemed just as nervous to “mentor” the contestants as they were to hear her opinion.

Great performances of the night – Crystal gave the best performance (as always). I really loved how she loosened up out there. So looking forward to her “big plans” next week. Siobhan started out ok and ended her song with a bang (again as usual) though last week was definitely way better. I LOVED her hair and makeup though. Props to whoever styled her. Aaron chose a great song but his laryngitis/tonsillitis showed. Hopefully he’ll be better next week. Casey rocked though he did not make eye contact even if Miley told him too.

Great progress – Katie finally chose a young song! She also looks younger though a change in hairstyle might help even more. ANd of course she’s got to take care of the pitch problems. Lee looked a lot more comfortable on the stage and moved around. It was good but not good enough to be memorable when 10 other contestants get to sing after you.

Uhohs – The big mess of the night was Paige Miles’ performance. She was just all over the place. Too bad because I love her song but it was just painful. If America votes right, she’ll be going home tomorrow.