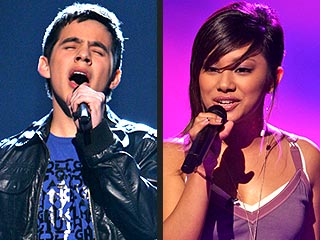 Kady seemed to expect it, having floundered at most of her performances and being criticised for “having no personality.” (We’ll miss her celebrity impersonations, though.)

Danny Noriega, who has personality to spare, also said goodbye while close friend Ramiele Malubay wept at the sidelines. (He wore her glasses when she performed the day before.)

Nobody’s going to miss Luke’s mediocre performances (Luke who???), but Asia’h was a big loss. The contestant struck a chord with many fans early in the season, after auditioning a few days after her father died and dedicating her performance to him. She was a good singer who made a bad song choice, unfortunately.