You are here: Home / TV Series / Reality Shows / American Idol / Simon Getting Too Busy for AI 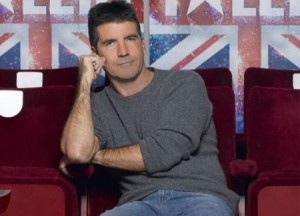 I am a big fan of Simon Cowell so much so that I think I watch American Idol just as much to hear his critique as for the contestants performances. So when I heard rumours that Simon might be leaving the show I immediately had to do research on this. So far what I’ve read all over the net indicates that he MIGHT indeed be leaving American Idol after his contract expires. As Simon said in his interview with the Mirror, “Most people do one show a year and I do three and they involve a lot of travelling. One may have to go. I don’t know which one. That is the problem, I like all of them. I can’t imagine not doing Britain’s Got Talent and I can’t imagine not doing X Factor. But I guess America is more likely to go because I have got one year under contract. Maybe that will be the end.” So there it is with his really busy schedule and the fact that Britain’s Got Talent his favorite show we’ll be most likely not seeing him in American Idol.

Despite this fact I still feel a little optimistic since a lot can still happen in a year. Who knows how much money AI’s producers will be willing to spend to lure Simon into staying on the show. Afterall they must know that I’m not the only one who finds the show a great deal more entertaining because of that one judge’s dynamics with his fellow judges an contestants…not to mention with Ryan.