You are here: Home / How I Met Your Mother / Britney gets a TV role 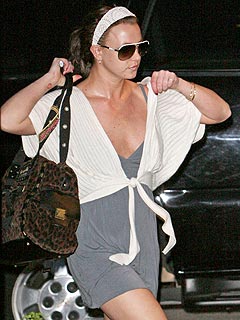 Britney Spears prepares for her first TV appearance after that disastrous MTV performance. She will be guest starring on How I Met Your Mother.

This isn’t the first time she’ll be on a TV comedy (though one can argue that her life has become a comedy). She played a conservative TV host in Will & Grace (never thought we’d use “conversative” and “Britney” in one sentence). She and ex Kevin Federline also had a short-lived reality show, called (prophetically) Chaotic.