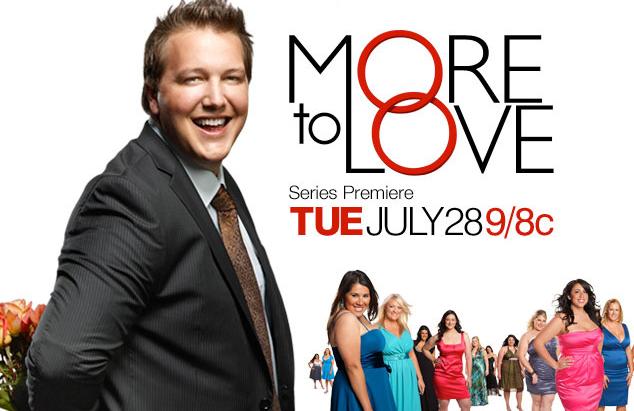 We’ve heard it been said that “the bigger, the better”. Apparently Mike Fleiss, producer of “The Bachelor” and “The Bachelorette” agrees with this because he has just come up with a new dating reality show with the same theme, except that everyone involved is physically bigger. The super-sized version of “The Bachelor” is called “More to Love” and will premiere tonight at 8/9 on FOX.

“More to Love” will show bachelor Luke Conley, a 26-year-old California real-estate investor, who by the way weighs 330 pounds, search for his true love among twenty full-figured women. According to Natalia Jackson, one of the women who’ll be competing for Luke Conley’s attention, “I think it’s great to show that a person doesn’t have to be super-skinny to be attractive…It’s really more a matter of being confident in who you are. And I think it’s great that Fox finally said, ‘We are going to do this for plus-size people and put it out there.”

One thing I do wonder about though is whether the show will have as bad as track record as the “Bachelor” and the “Bachelorette” when it comes to the couples sticking together after the show. Hopefully since the Bachelor won’t be basing his decision on which the sexiest girl is he’ll actually pick someone he really is compatible is and thing will work out for whoever he picks in the end. Of course, this being a reality show one can never get your hopes up. And love being what it is we can predict that the tears shed by the girls not wanting to say goodbye will just be as copious.