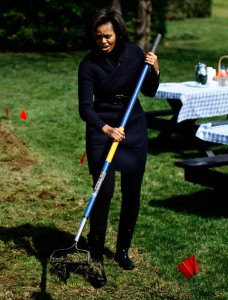 Bravo has announced that its newest cycle of the “Real Housewives” series is coming to D.C. The question that’s on everyone’s mind now and apparently on Bravo’s mind as well though is who they will be casting. According to Frances Berwick, executive vice president and general manager of Bravo Media, they’re looking for influential people, or at least partners of influential ones. Berwick said, “We’re tapping personalities who are among Washington D.C.’s influential players, cultural connoisseurs, fashion sophisticates and philanthropic leaders — the people who rub elbows with the most prominent people in the country and easily move in the city’s diverse political and social circles.”

I guess if they’re looking for someone influential we all know who which door they should be knocking on: the door of the big White House. Then again we can be sure that Ms. Obama is not a mama that needs to go on a reality to show for people to start scrutinizing her family’s life. As it is, they’re already under the microscope.

So if we won’t be seeing Michelle Obama on the “Real Housewives of D.C.” who will we be seeing? We’ll just have to wait and see. If I were a politician though I wouldn’t be fool enough to let my wife go on a reality show where dirty laundry might end up getting aired publicly, unless I’m really sure my wife’s an angel and will end up benefitting from the publicity generated.