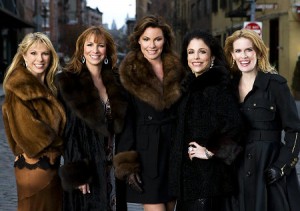 The Real Housewives of New York really do know how to be in the center of things. Cris Brown and Rihanna making headlines with the beating? They have their own version of it, though it’s the girl whose on the offensive here. Everyone losing their jobs due to the economic crisis? Then one of them has to lose her job too!

The newest housewife, Kelly Bensimon, is doing a great job of making them look more sensational. She was arrested March 5 for punching her fiancé in the face and giving him a black eye and a laceration on the left cheek. She is now facing misdemeanor third-degree assault charges and is due in court on March 31. According to Kelly, Nick Stefanov is delusional and that they are not really engaged. Friends say that Kelly is really embarrassed and upset about the whole incident. In the meantime co-star Betheny said that she’s really surprised about the whole thing and said that, “I honestly can’t believe that it’s true. I can’t imagine that, it’s just really wild with everything that’s going with Chris Brown and Rihanna.”

On the other hand housewife Alex McCord is still definitely lovey dovey with her hubby but she has been hit by the economic crisis and has been laid off from her visual merchandising job at Victoria’s Secret. They wouldn’t be homeless any time soon since husband Simon Van Kempen’s job as hotel is enough to pay all their bills. What they do plan on doing though is to cut back on shopping sprees in case they need to. And now Alex is a true blue housewife.