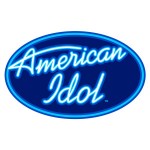 Many people have a passion for singing and it’s no surprise why the number of participants in reality singing competitions in the U.S. today continue to rise. Teens and those in their 20s across the U.S. are given hope to pursue their dream of becoming a popular singer not only in their home country but even internationally.

So, what are the top reality singing contests today? The latest buzz says these are the American Idol, America’s Got Talent, The Sing-Off, The Glee Project and The X Factor.

American Idol, however, seems to be the most famous these days. Hosted by Ryan Seacrest, this show premiered in 2002 with three judges and had Kelly Clarkson as its first big winner. The show is now on its 11th season with the Top 7 finalists competing for the number one spot.

America’s Got Talent or AGT is part of the Got Talent franchise of Great Britain. Launched in 2006, this show was created by Simon Colwell, one of the popular American Idol judges and features not only solo singers but as well as solo and group dancers, magicians and other artists.

The Sing-Off premiered later in 2009 and features a cappella groups across the U.S. and Puerto Rico. Produced by Sony Pictures Television, the show is manage by people who belong to the a cappella community themselves. 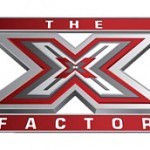 The Glee Project is the new kid on the block having premiered in June 2011. This project holds auditions for young people who want to become part of the Glee TV show.

The X Factor originated in the U.K. in 2004 and created by Simon Colwell. This is a competition for singing talents aged from 14 to 28. This is now being franchised around the world and the U.S. is one of those holding this competition.