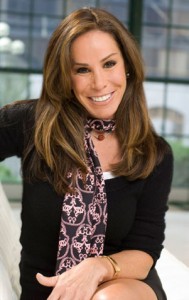 One thing most celebs are good at is definitely drama, so it is no wonder when an episode in Celebrity Apprentice gives us exactly that. Last night showed us rivers of drama, or rather, dramatic Rivers. Talk about sore losers.

Melissa Rivers upon hearing your fired ran out of the boardroom all in a rage and promptly shouted at the secretary to get the elevator there immediately. As if a secretary can magically make an elevator move faster. She also of course ranted at the producers and called people whores, liars, etc. She of course has no plans of doing any exit interview.

Now Joan Rivers has joined in but is screaming at the other celebs calling them names that they may or may not deserve. And to show full support for Melissa she joined her in the elevator and walked off the show. So now there are no Rivers in the show, one having been fired and one having had quit, unless they got Joan Rivers to come back.

And that is just one episode of the show. So if you want drama what you need to do is watch a show where celebs with way too big egos get shocked when they’re fired. As for the other stuff that happened during last night’s show you can rest assured that it still did take up much more time than the magnificent tantrum. The challenges were fun to watch but not nearly as interesting as the screaming.