You are here: Home / TV Series / Reality Shows / Rozlyn of “The Bachelor” Booted Off for Inappropriate Behavior 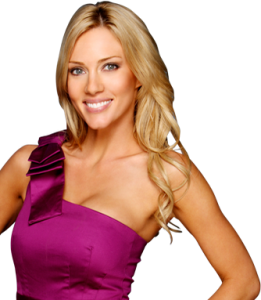 As viewers of “The Bachelor” we are no strangers to drama; in fact, we’ve come to expect to see some each episode – the more drama, the better. The last episode was no exception but this time I have to say that the twist was pretty unexpected.

Rozlyn Papa was asked to leave by host, Chris Harrison, for having an “inappropriate relationship” with one of the Bachelor’s staffers. Jake Pavelka was crushed to when Chris informed he of the turn of events saying, ““I don’t know what to say … I’m hurt I’m disappointed. I felt like I’ve been taken for the fool. I didn’t see this coming.” Apparently Jake fully expects all the girls to act inappropriately only with him (Here’s to throwing your nice bikini-clad bodies at Jake!). The rest of the girls were of course just as shocked though there’s no doubt that there’ll be some relief for having one less competitor. As for the other party (a producer) he was sacked.

In an interview with Entertainment Tonight Rozlyn Papa the whole thing was exaggerated by the show. She denies having had any sex with the producer and says that they were only friends. She also says that the whole issue concerns her because of its effect on her 7-year old son. Papa said, “I don’t know what to say … I’m hurt I’m disappointed. I felt like I’ve been taken for the fool. I didn’t see this coming.”

According to Chris Harrison they have proof of “inappropriate” behavior. What that specific inappropriate behavior is though, they still haven’t divulged.