You are here: Home / TV Series / Reality Shows / SYTYCD’s Billy Bell Out due to Illness 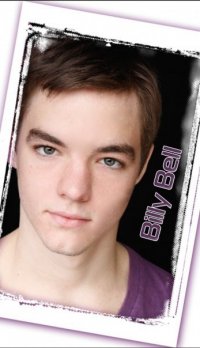 Nineteen year-old contemporary dancer Billy Bell from West Palm Beach, Florida is out of the running in this season’s “So You Think You Can Dance”. It’s not because he sucks because we all thought he could dance really well. In fact even the judges think he can really dance so much so that they ended up crying upon watching his solo in Vegas. However, the doctors have declared that he CAN’T dance just yet. According to a statement (allegedly from the Bell family) posted on SYTYCDISM, Billy Bell is ill and, though “feeling better”, still needs to take time to recuperate. In fact Billy will not be able to go back to SYTYCD this season nor could he go back to train at Juilliard. His condition, the specifics of which the family hasn’t disclosed yet, is so serious that “his doctors told the show that if he continued to dance on the show before he recovered, he could possibly die.”

According to executive producer/judge Nigel Lythgoe, “We are disappointed that Billy cannot continue dancing in the competition on the advice of his doctor and wish him a speedy recovery. However, we are fortunate that Brandon Dumlao has agreed to return.” Brandon Dumlao is a 21-year-old hip hop dancer from Concord, California. In the meantime Billy’s family hopes that they will allow Billy to go back to the show even if he has to “re-audition for Season 7”.