You are here: Home / TV Series / Reality Shows / The Apprentice / A dose of Omarosa 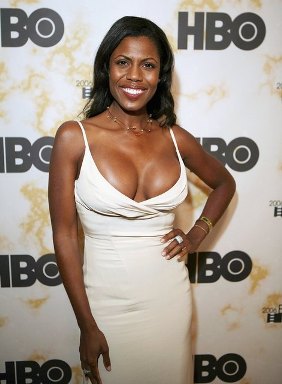 I recently blogged about The Apprentice biatch Omarosa taking on Wendy Williams at her own show. Admittedly I only know of Omarosa’s reputation but never got to watch how she actually acquired it. Being the thorough blogger that I am, I decided to actually watch The Apprentice’s first season to find out about Omarosa.

After watching six episodes I now know why she got the reputation for being an ice queen and being voted the biggest TV villain. The woman just doesn’t have her head screwed on correctly. It’s a the perfect example of talking without thinking.

The question is–can she squeeze more than her requisite 15 minutes by doing the angry black woman act time and time again?