You are here: Home / TV Series / Reality Shows / What is The Learning Channel teaching us? 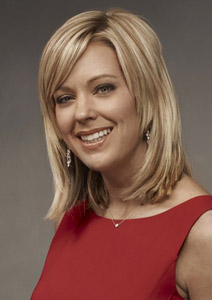 Does anybody remember when The Learning Channel used to be about, you know, learning? I can’t pinpoint the moment in time when the cable network re-branded itself as “TLC” and became a home for exploitative reality shows, but these days, the stuff TLC is teaching is the kind of thing nobody but the most voyeuristic viewers want to learn.

USA Today reports that Kate Gosselin (who apparently isn’t getting nearly enough TV coverage already) is starring in a new series for TLC called Twist of Kate, in which Gosselin travels around the country and “tries on” the lives of her fans. (Anybody else wondering who’s watching those eight kids while she’s out visiting her fans and dancing with stars and stuff?) She’ll also be starring in a series of Kate Plus 8 specials that follow-up on her former show while focusing on her life as a newly single mother.

Come on, TLC. I know Gosselin is a fame addict, but you’re totally enabling her.

I guess we shouldn’t be surprised that TLC is so interested in staying in the Kate Gosselin business. This is, after all, the network that regularly brings us such TV landmarks as I Didn’t Know I Was Pregnant, Toddlers & Tiaras (about child beauty pageants), Hoarders: Buried Alive, One BIG Happy Family (about a morbidly obese family), and no less than four different shows about little people. Not to mention all the shows they keep ripping off from the Food Network (I’m looking at you, Cake Boss and Ultimate Cake Off — Ace of Cakes and Food Network Challenge will be suing any day now).

Is there no low TLC won’t stoop to?