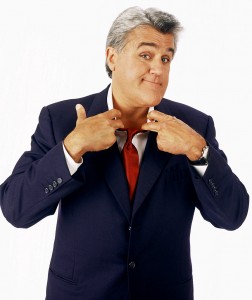 It was Jay Leno’s last night at the Tonight Show with Jay Leno and for the first time he nearly brought me to tears. His last night wasn’t really spent trying to put together tear jerking moments but despite the jokes Jay trying to keep his composure made me sentimental. Unfortunately I got to the tv to late to watch the start of the show and only saw the last half of his interview with Conan, who will be taking over the Tonight Show come Monday.

Jay Leno was gracious through out the interview and even told Conan that he was glad that Conan would be taking the reigns and that Conan was his only choice. Jay Leno has mentioned in the past months that he wants the transition to be as smooth as possible for Conan and he was obviously letting Conan do the talking during the interview, giving the audience a preview of what’s to come. They even showed a short clip of Conan going undercover doing a focus group to help him determine what best to do for the Tonight Show’s audience. Conan is expected to tone down his act a little bit to fit the more conservative Tonight Show audience but he is determined to do it without losing his own flair by making small changes. According to Conan,”Television’s changing drastically, and I want to make sure that my show isn’t too buttoned up, that I don’t have this feeling of, well, it’s the Tonight Show and so I’m going to completely change everything about myself. I’ll make small changes day-in and day-out, tiny little adjustments that I feel are appropriate.”