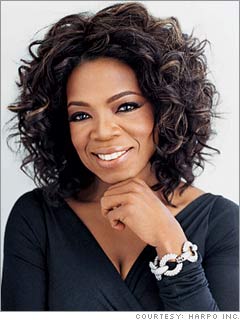 Oprah isn’t set to say goodbye till September of next year but everyone’s already wondering who will inherit her throne in daytime TV. Maybe Geraldo’s time has finally come (*snort*)!

Seriously though, Scott Collins of LA Times says that the most likely contenders for the slot will be “The Ellen DeGeneres Show” and “The Dr. Oz Show”. Of course, Dr. Phil might get it considering his on #2 spot in terms of viewership and like Oprah “made” him. Dr. Oz though is also doing really great considering that the show is but a year old, and like Dr. Phil, Oprah also made it. However, if Ellen decides to launch a campaign, like she did with the George Clooney where his poor staff got continuously harassed till he appeared on the “Ellen” or like when she wanted to be on the cover of “O Magazine”, maybe the TV execs will get pestered enough to cave in and give it to her.

Whatever happens though the question is likely moot because daytime TV hasn’t been the same for a long time and with Oprah gone, probably never will. As Steve Farella of TargetCast, an ad-firm, said, “Daytime TV as supplied by the networks is really all but dead. [But] It’s not because the talent isn’t there. It’s because the business isn’t there anymore.”

As for me I truthfully don’t care much who takes the slot because I can just watch reruns of Oprah on the Sezmi (Hopefully the service will be good and they’ll be everywhere by 2011!).