You are here: Home / TV Series / The Evolution of Lakorns in Thailand

In Thailand, a TV soap opera or series is referred to as lakorn or lakhon nam nao. This type of TV show began in 1987 with Prissana followed by Koo Kum three years after in 1990. Since then, there have been numerous Thai soaps produced in this Southeast Asian country featuring a variety of themes. 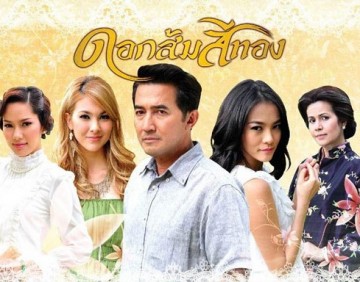 A Thai TV series normally involves more than 10 episodes and can run for up to three months. They are shown every night or twice or thrice weekly for an hour during primetime. The best lakorns are usually aired after the news with most competing channels broadcasting them at the same time to capture a share of the viewers.

Most stories focus on the lives of well-off families, unreciprocated love, ungrateful children, overbearing parents and jealousy and many other themes which viewers can very well relate to.

Popular television shows in Thailand may be newly produced or they can also be remakes of old TV series. With remakes, however, the storyline is slightly modified and already features new actors.

Thailand’s most popular lakorn was Dao Pra Sook which aired in the 1990s. It earned the highest rating in 1994 and was even released internationally. Cambodia was the number one fan of the series which it called The Morning Star.

Dao Pra Sook’s high rating, however, was beaten by Kom Faek in 2008. It made history for the highest rate it earned for a TV soap opera and also for BBTV Channel 7.

Other News Around Asia