You are here: Home / Alias again? 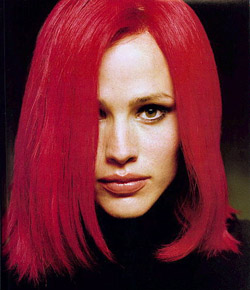 I don’t like reporting rumors, but I’m making an exception for this one, because it’s just crazy enough to be true.

E! Online has an inside source saying that ABC is interested in staying in the JJ Abrams business now that Lost has ended. E!’s source says that the alphabet network is so eager to have another Abrams show on the air that they’ve been talking about possibly rebooting Alias, Abrams’ first hit with ABC.

Now I’m crazy dubious about this, because if it were to happen, it’d be the fastest reboot in history. Assuming they couldn’t get Alias 2.0 on the air until at least 2011, that would be just five years since the original series ended and the new one began. Then there’s the fact that Alias was a major star-making vehicle for Jennifer Garner, which is arguably the show’s real legacy. Replacing Garner in a new outing would be an impossibly tall order.

Another part of the rumor suggests that the original show’s ongoing, pseudo-sci-fi storyline involving the predicted technologies of Milo Rambaldi, would be ditched in this new series, in favor of a straight-up super-spy formula.

Chances are, the network was just bouncing ideas around at a board meeting, and some hyper-excited intern overheard the casual talk and sent their “spy report” to E!. So I wouldn’t get too excited. Especially given the fact that Abrams would probably have very little interest in rebooting his original spy drama, since he’s already got another one debuting this fall on NBC (Undercovers).

It seems to me that if ABC was genuinely determined to get back into business with Abrams, they’d approach him about creating something new. Abrams is Hollywood A-list now; giving him a blank check to create anything he wants would be the best way to get him to do a third current series on the small screen (after Undercovers and Fringe).