You are here: Home / TV / Build Up Your Own Cinema System with Internet TV 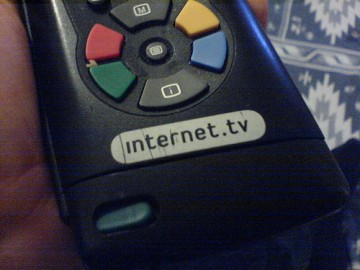 Watching movies is the best way to kill time, and not just that, it is a great source of entertainment as well. With an overflowing bowl of popcorns in one hand and a mug of coffee in the other, waiting for the movie to start is so much fun. But with such limited pocket money, it’s not possible for a teenager to watch all the latest movies in a cinema.

With the advancements in technology, there is more than one option available for every task. It is possible to watch a movie in a 4D technology cinema once in a while, or purchase a DVD to set up a collection. But with a onetime investment, it is possible to enjoy a lifetime of free movies without even spending on the fuel to drive to the nearest cinema.

This one time investment would require making a few changes to the PC and once that is done, a home based on-demand cinema would be ready to watch movies on. Obviously, it won’t be like a real cinema, but how else would one get to watch free movies. For those who love watching movies, this is just the solution for them. There is no longer the need to download movies which takes six hours while one has to keep their computers and net connections on. With the streaming technology, not just videos, but movies can also be watched very easily.

The first investment that needs to be made is in purchasing a good internet connection, if currently unavailable. The term ‘good’ here means that an internet connection should be a fast one. If the PC is a desktop, a wired connection would be suitable, and it’s good to have a wireless device if one has a laptop. Dial-ups are too slow to surf the internet, making it impossible to watch a movie.

Second on the list is a sound system, which obviously does not require high boosting speakers, but a pair that can provide quality sound. The reason is that one can watch a movie with poor quality, but not with poor sound. Sound brings effects in the movie; low sound would make it unbearable to continue watching. It depends on the quality of the picture too; if the quality is bad then no matter how the speaker system is, it will be useless.

While watching a movie on the internet, people keep other programs running. As such, there is no harm in it, but it makes the pace of streaming slow as movies require a large memory. If the CPU is busy in more than one task at a time, it can have an effect on the movie.

Last but not least is the protection of the computer. An anti-virus is an important tool to download for internal safety, but it is also required that the user take precautions. There many sites on the internet that provide the facility of internet TV and online movies, but not all of them are safe. Always go for a secure source to watch movies online.

The article has been contributed by guest author Calvin Scott. Calvin is a gizmo geek and tech wizard. Visit his site for internet and internet en tv.