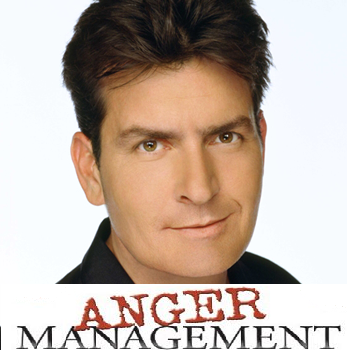 Actor Charlie Sheen is back on the boob tube in a sitcom titled “Anger Management.” Surprisingly, his official comeback to the TV screen was well received by fans and the sitcom, according to the latest Nielsen statistics, has set a cable record for a comedy series.

The premier of Anger Management on FX was viewed by a total of 5.47 million people. Of those viewers, 2.65 million belonged to the 18-49 age group. With these statistics, it became the most viewed sitcom series on cable.

But those record numbers are only for the pilot episode. The second episode attracted more viewers at 5.74 million among them 2.89 people in the 18-49 demographic. These statistics are considered a record in cable history.

FX has planned an initial 10 episodes for Anger Management but if the sitcom does well in the ratings, 90 more episodes will be produced. Also,
Charlie Sheen used to be TV’s highest paid actor thanks to his Two and a Half Men show. The actor has a natural ability to deliver his lines in a funny way. Reviews have pointed out that Sheen still has the timing and comic sensibility that show off pretty well on TV.

Coincidentally, the actor plays his own namesake Charlie in the sitcom, an ex pro baseball player who has shifted into a new career as a therapist. As a therapist, he counsels patients facing anger issues while also struggling with his own anger problems.

Bruce Helford is the brains behind this show. A co-creator of The Drew Carey Show, Helford is known as an expert in coming up with a unique kind of comedy that offers sharp yet sweet insults.