You are here: Home / Chuck / Chuck’s Back – With a Proposal (Almost) to Boot 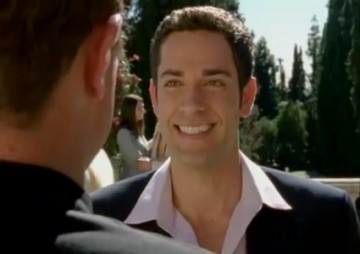 Everyone’s favorite spy is back on TV. After a long winter break, Chuck fans were treated to the 11th episode of the fourth season on January 17. Titled Chuck Versus the Balcony, the episode brought back so many reasons why the series has become a personal favorite. Nerdy Buy More employees, secret information contained in the CIA’s data center services, nanochips, wine cellars, Big Mike, Morgan, Jeff… That list can go on and on.

In spite of all the teasers that came out with Sarah as a brunette instead of the lovely blonde that she is, nothing changed in that respect. Yes, that was a bit of a disappointment. Sarah did bring her usual charm into the show, though.

She even almost got a marriage proposal from Chuck, which was spoiled by a tiny detail: Sarah’s aversion to proposals. To be honest, if the writers had decided to go with the proposal, that would have taken a lot away from the appeal of the show.

One thing I missed was the presence of Awesome and Ellie. They may be secondary characters, but how can Awesome be missing from the first episode of the year?

In case you haven’t seen it yet, here’s a snippet to get you off your butt and watch the return of Chuck!

You guys who have seen the latest Chuck episode – tell me what you think? Does it make Chuck still worth watching or it the show going to get the axe in the near future?