You are here: Home / TV / Conan the Kind Barbarian 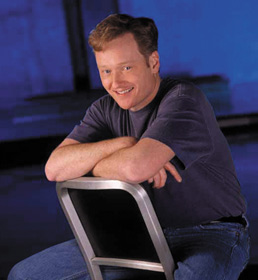 Though the Writer’s Strike looks like it will drag for several more weeks, Conan O’Brien is guaranteeing a happy holidays for his writers. The show has promised to pay the salaries of his non=-writing production workers (which reach about 80) until the end of November. After that, the talk show host will be paying that out of his own pocket.

O’Brien says that it’s a small way of supporting a staff that have stood by him for many years. In fact, he feels they’re family, and plans to bring them with him when he takes over the Tonight Show in 2009.

But, O’Brien kidded, “I do have some good news about the writers’ strike. If it continues, there will not be a third Deuce Bigalow movie.”